Toyota takes the front row of the grid at the 24 Hours of Le Mans with a double pole. 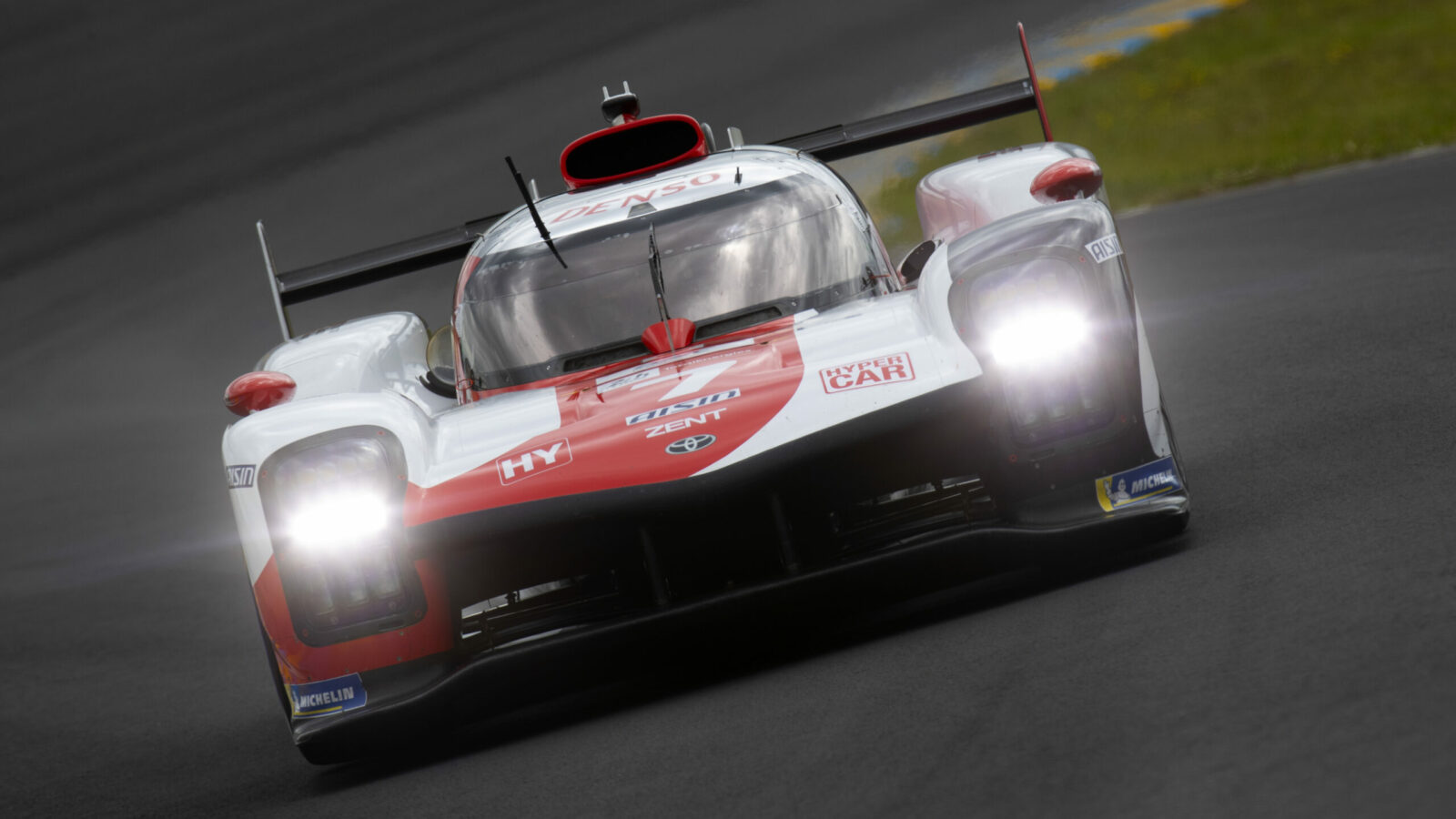 The first hyperpole of the hypercar era goes – not entirely unexpectedly – to Toyota Racing. The #7 (Conway/Kobayashi/Lopez) is 0.295 seconds ahead of #8 (Buemi/Nakajima/Hartley). In 3rd place, Alpine Racing secures the best starting position of the French competitors.

Glickenhaus Racing secures positions 4 and 5 ahead of the LMP2 cars on their debut in France, led by #38 JOTA (Gonzalez/Da Costa/Davidson) in the Oreca 07 – Gibson.

Surprisingly, in the GTE Pro class, it was not a factory team but a private team that secured the fastest time: #72 Hub Auto Sport raced to GT pole position with Dries Vanthoor. Kevin Erste put the #92 works Porsche into the tyre barrier, causing a 10-minute interruption to the Hyperpole session.