Ott Tänak has a provisional lead of six seconds after the first eight gravel stages of the rally. 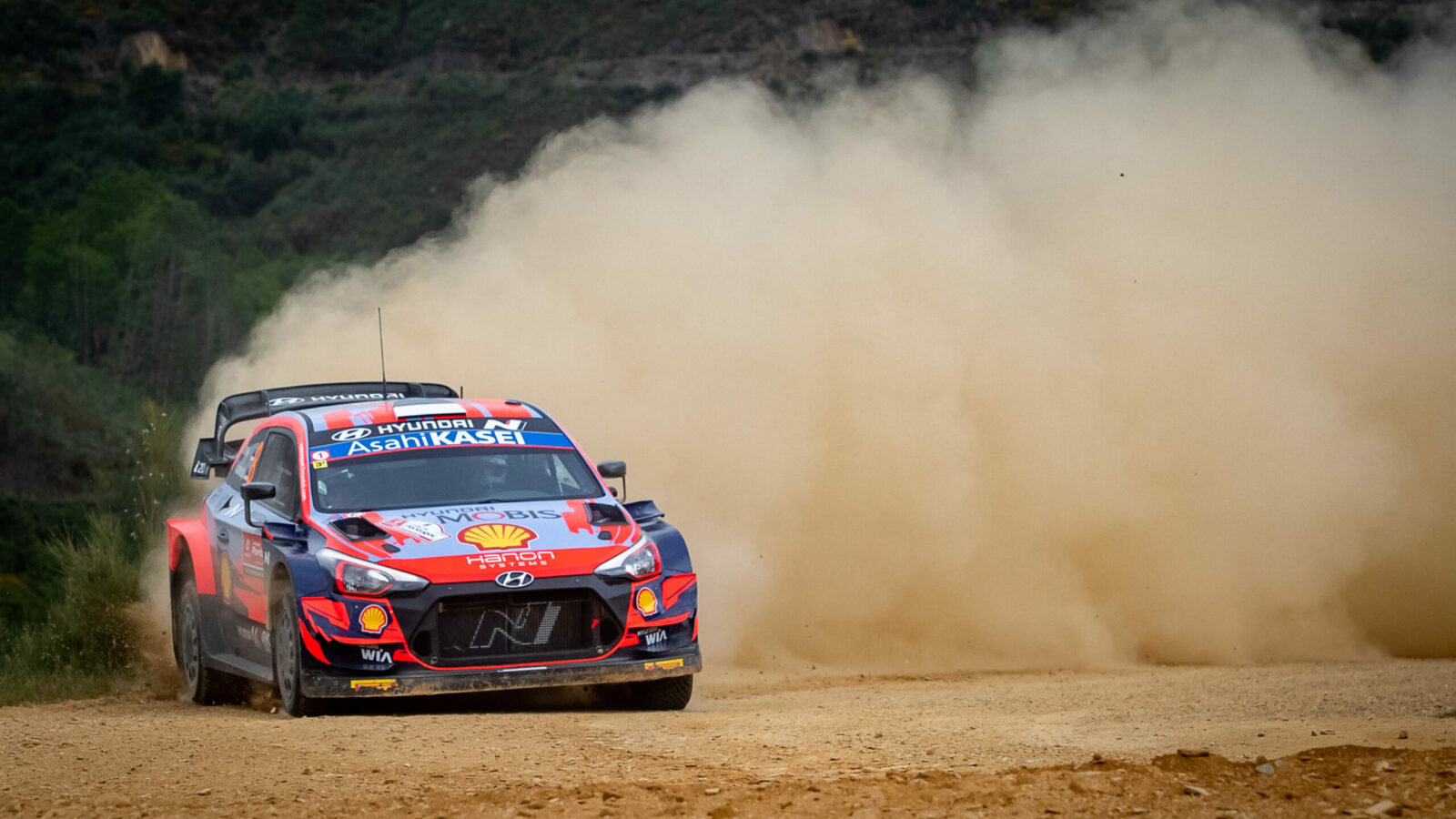 Elfyn Evans in the Toyota is just under six seconds behind the Hyundai driver, whose team-mate Thierry Neuville has already had to retire after an incident on the penultimate stage.

The Belgian and co-driver Martijn Wydaeghe misjudged a corner in Mortágua (SS7) and crashed into the embankment, causing their Hyundai i20 Coupe WRC to tip onto its side. Although they were able to right the car to make it to the stage finish, the resulting damage to the suspension on the road section was irreparable.

Behind the two remaining Hyundais and four Toyota Yaris (Katsuta #4, Ogier #5, Rovanperä #6), the two Ford Fiesta were 7th and 8th (Greensmith ahead of Fourmaux).